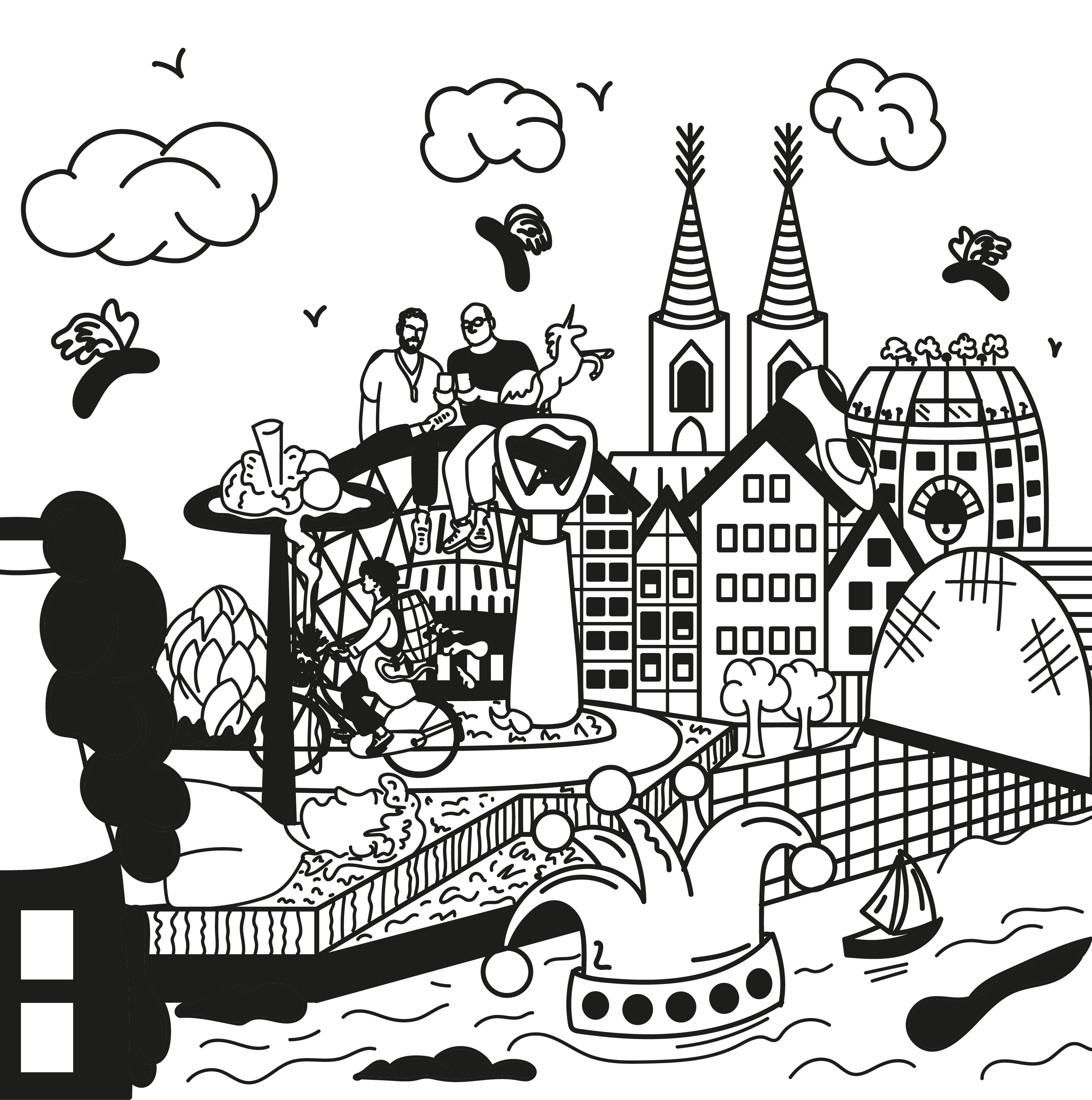 The Coltro-Gold brewery opens its brand new taproom and restaurant in Cologne. Therefore, they needed a suitable wall design that captivates the audience and creates a connection to the city and of course to the main part of the beer.The mural extends over two walls in the area of ​​the bar and the seats​​​​​​​.

The illustration combines several things.The ease of having one or several beers together, the fact that people come together to do so and the city of Cologne. Because the  scene of the painting is this German city. Typical symbols and objects of the city and people are hidden in the mural.They reflect traditions or are well-known sights. The more the viewer examines it, the more they will find. Connections to the brewery's favorite - beer - are also incorporated into the drawing with care.The style is line based with one color. This creates a lot of contrast, makes the bar stand out, and is the opposite of the blank white walls. 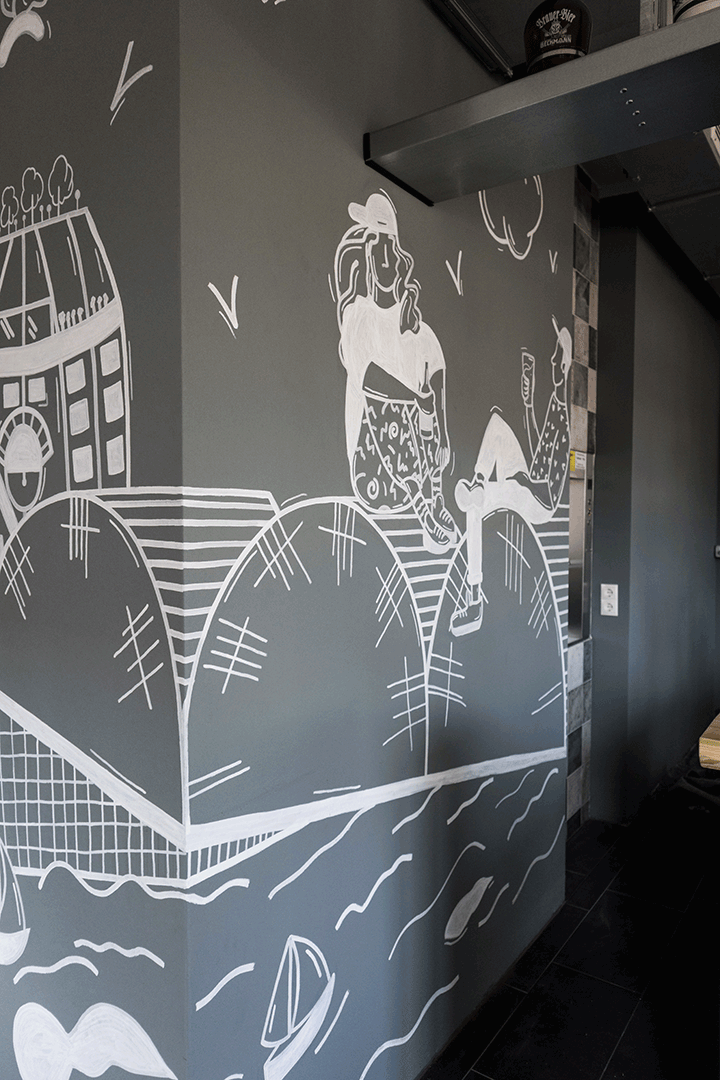 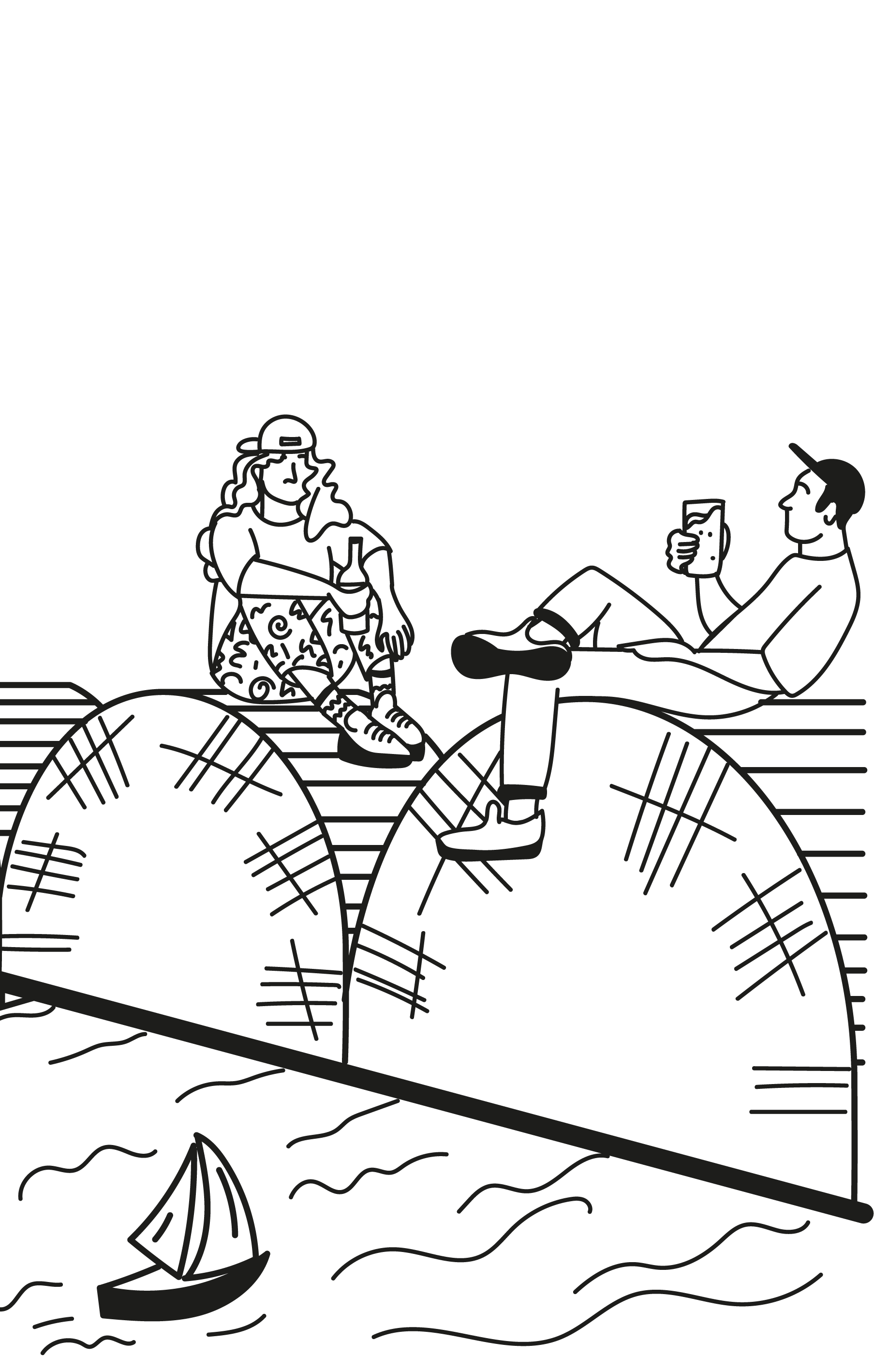 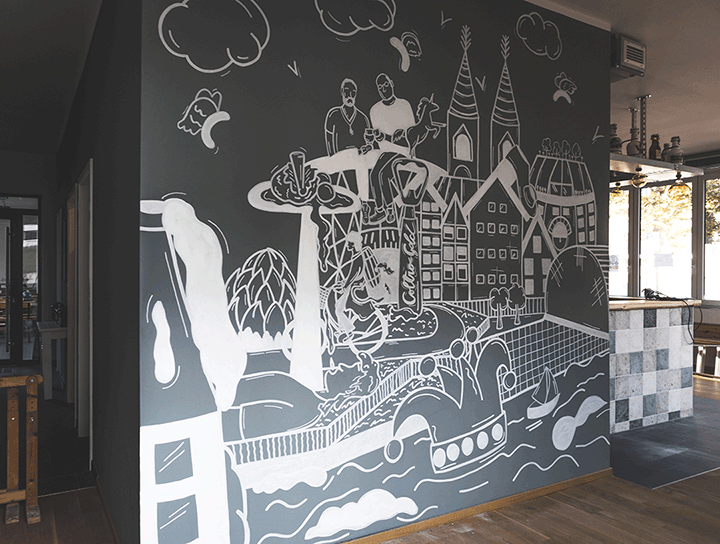 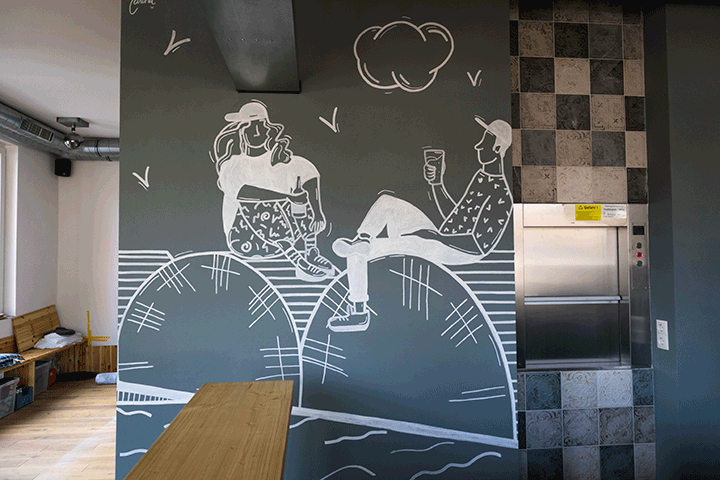 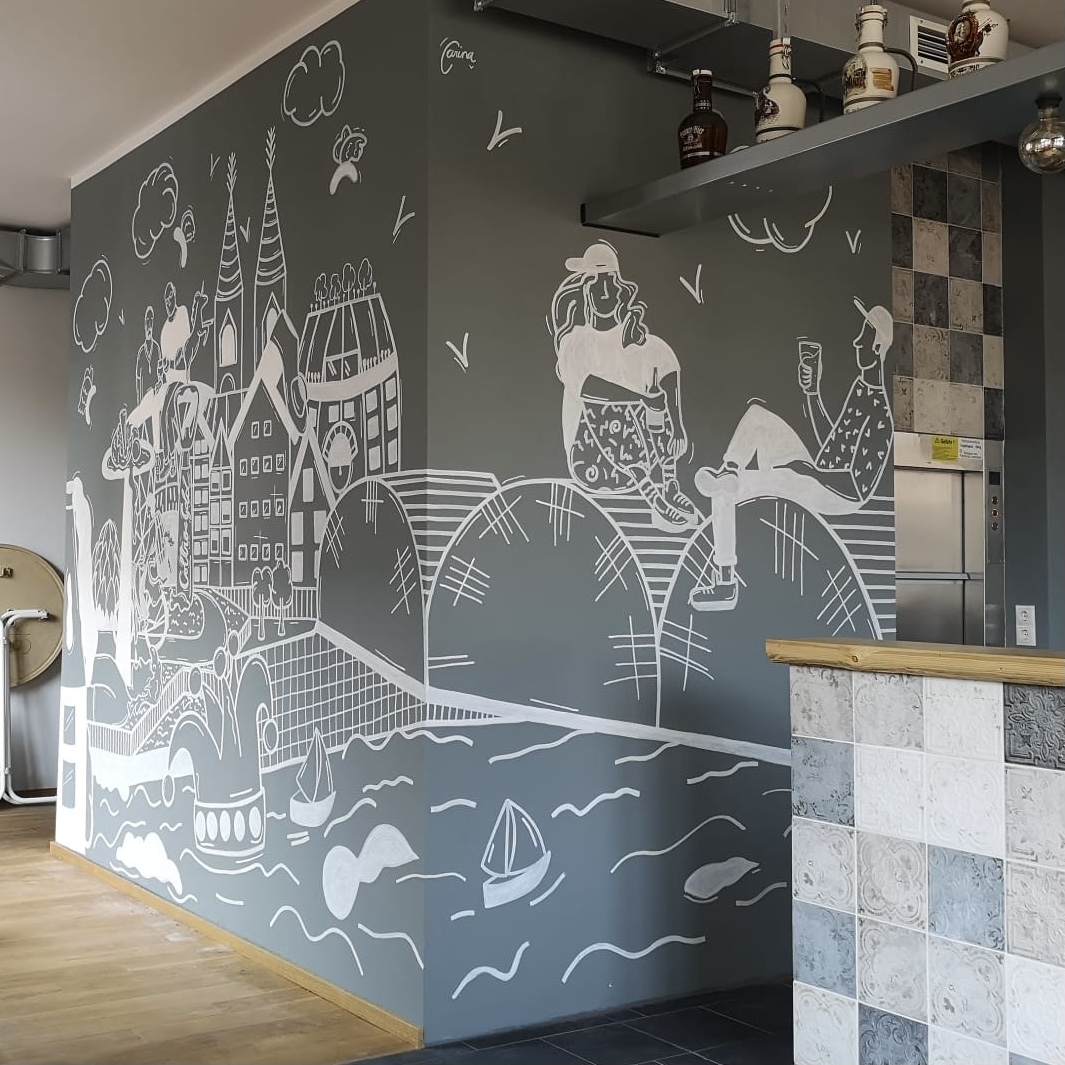 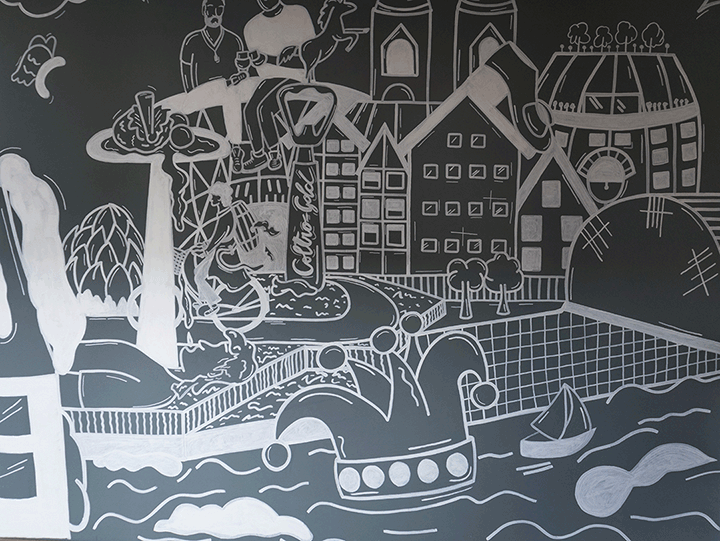