MURAL ON GLASS FOR ZALANDO 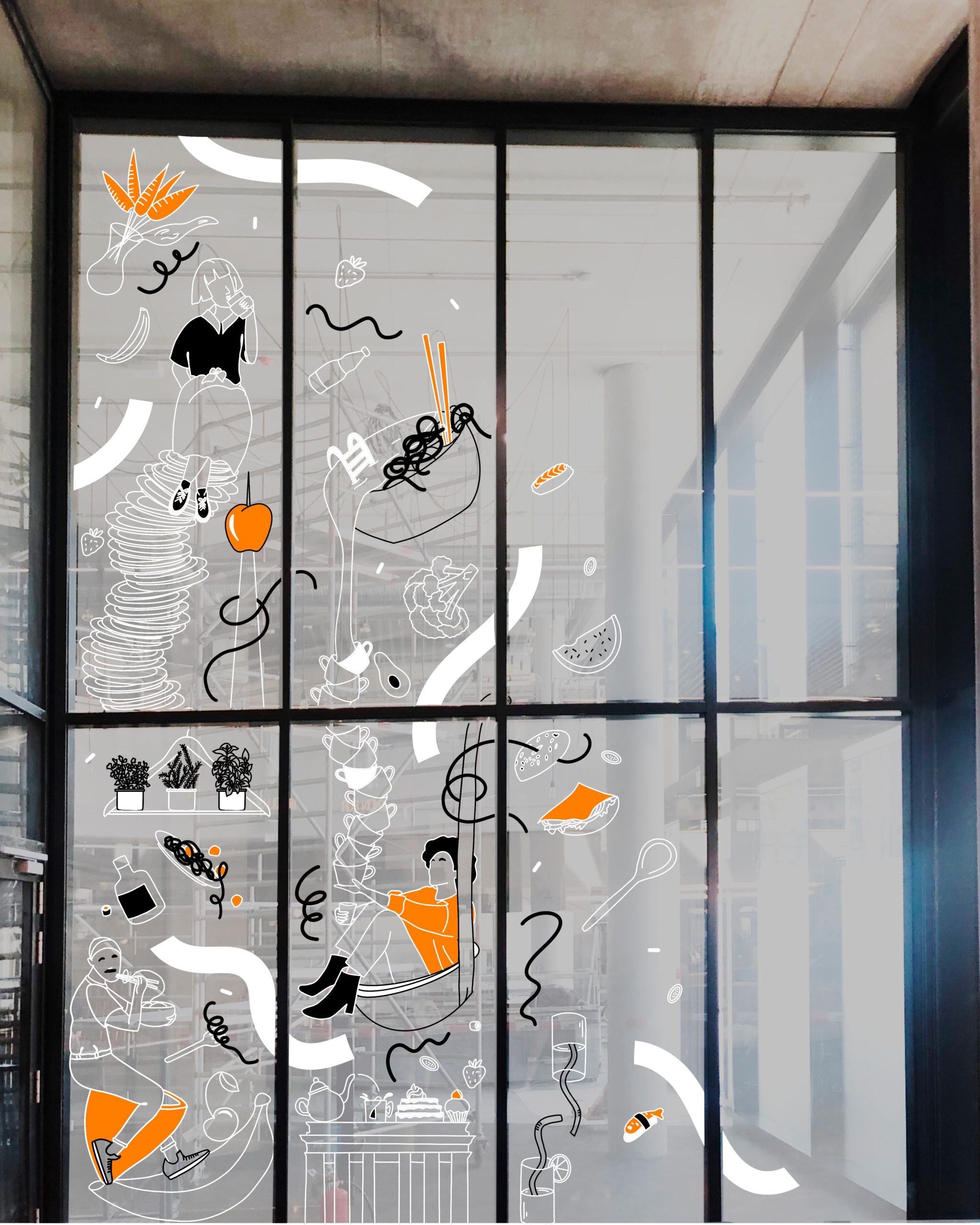 During my internship at Ju Schnee, an interdisciplinary female illustrator in Berlin, I had the chance to create a mural on glass from sketch to the implimentation on the wall together with Ju. It was the first time for me to be responsible for the process of a whole mural project.

The customer wanted a mural for a glass wall which is built between the food corner and the main hall in one of their business headquarters in Berlin.

The illustration connects playfully food and beverage with the relaxing factor of the corner. This is shown by the weightless objects that are not attached to any dimension. The modern style of the painting also includes a link to Berlin and a healthy lifestyle which the company wants to promote. Additionally an important point was to place people into the constellation to underline communication and to motivate people to connect with each other.

The desired colors were black, white and orange which are the main palette of the company. 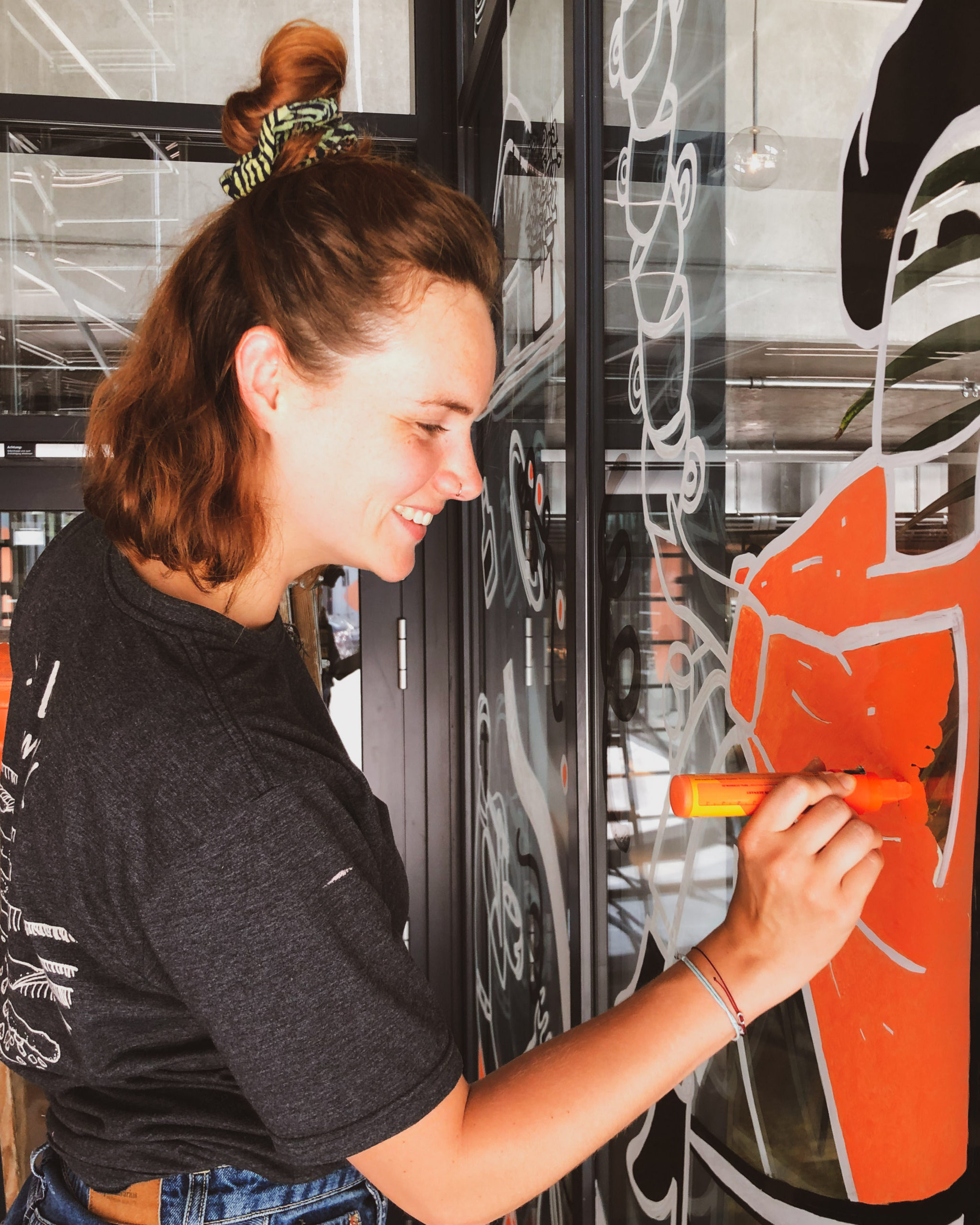 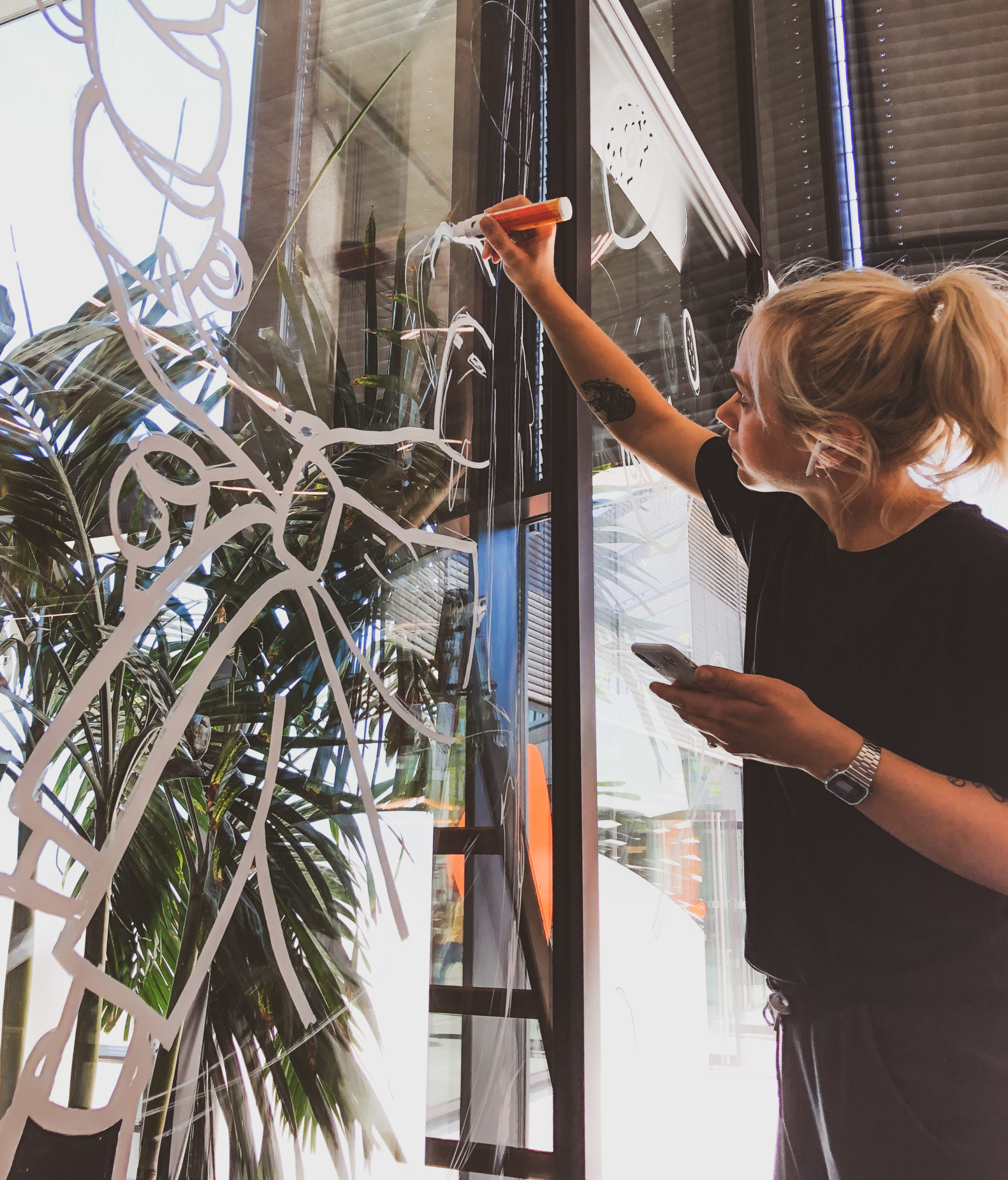 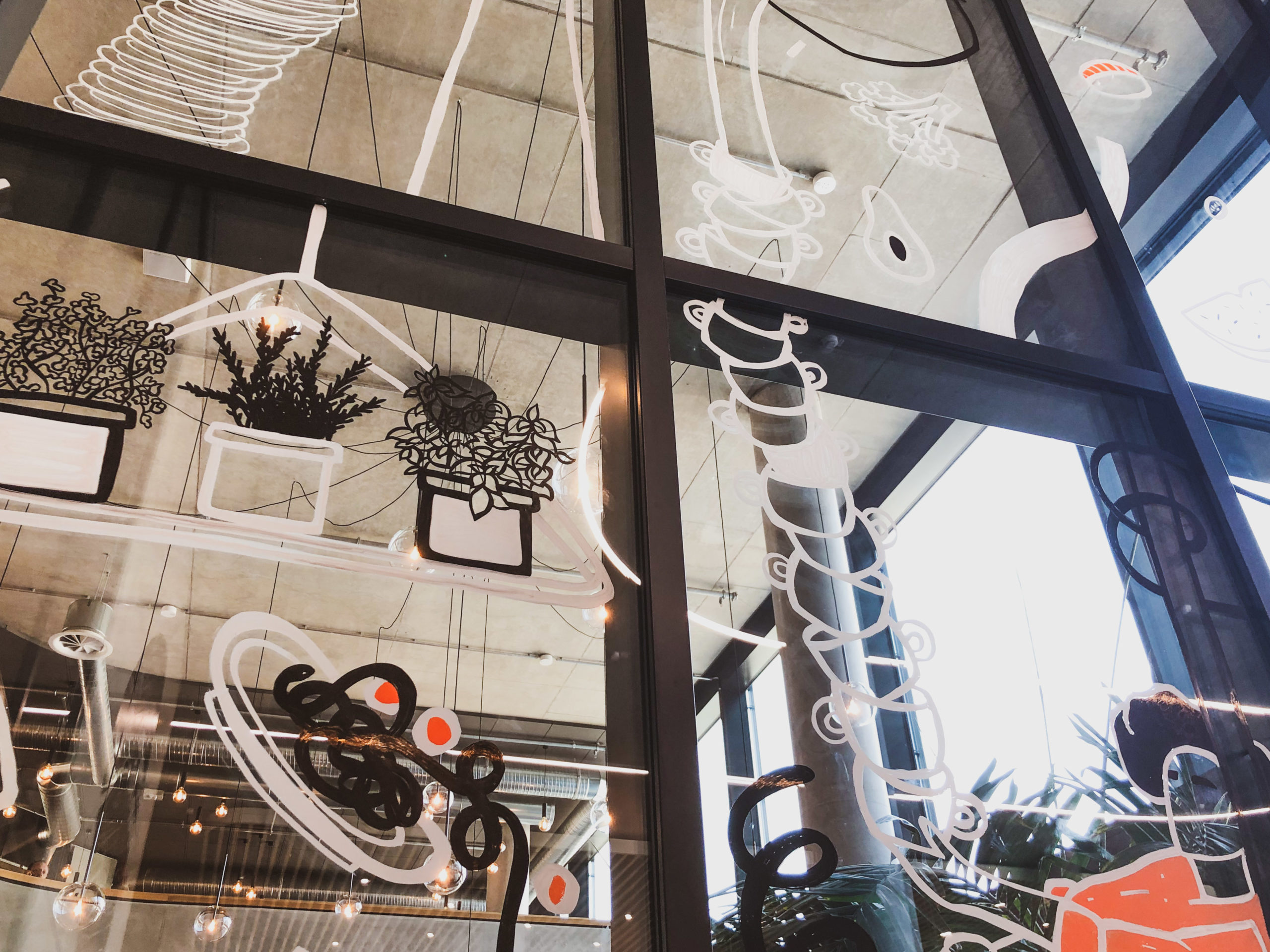 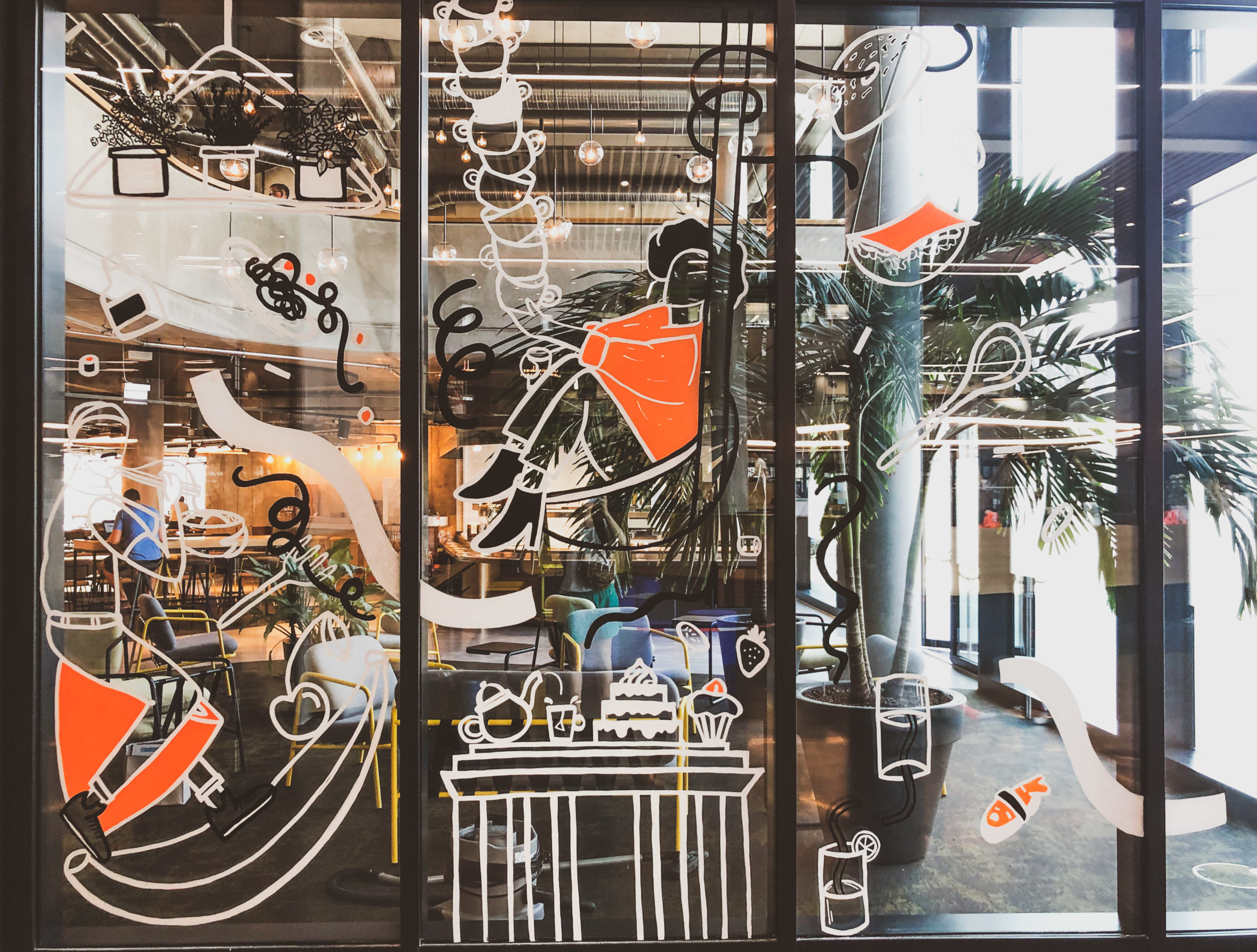 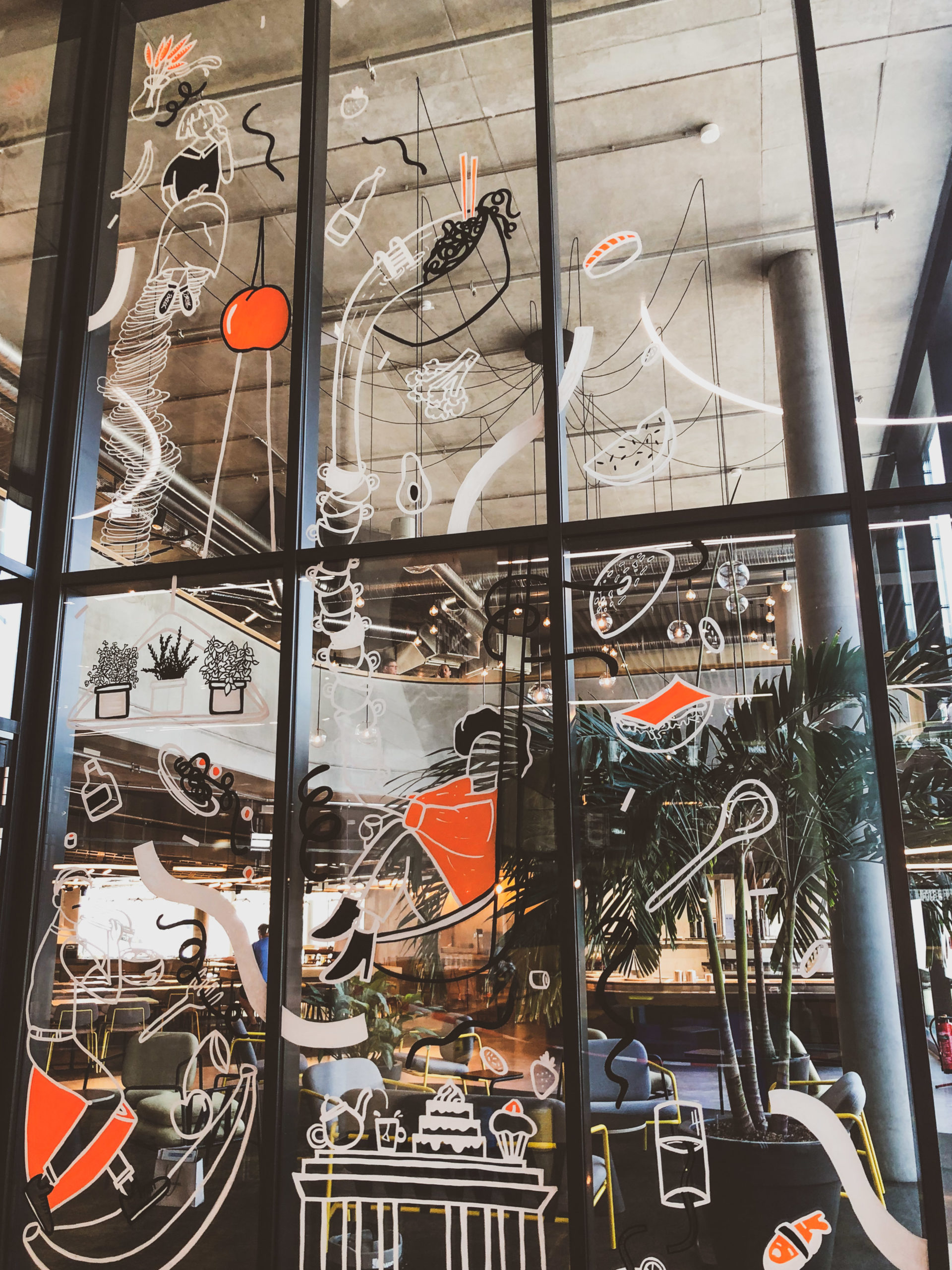